It was set up over five years ago by John Hurlock and Kirt Hussein who were coaching just a handful of players. We are now coaching up to 120 boys and girls every Sunday morning, and have eight teams -Under 15s, U14s, U13s, U12s, U11s, U10s, U9s and U8s all playing in the Regents Park and Camden League, and are going from strength to strength.

We’d like to thank all the coaches, players and parents/carers for their on going support and commitment to PPFC.

I started Priory Park about about 7 years ago with a handful of kids. One day I bumped into Kirt and asked for some help and the rest, as they say, is history.

Slowly but surely we are moving in the right direction. Who knows how far we can take this. Kirt and his wife are the most organised people I have ever met they have encouraged me to make Sunday mornings more formal which is what we have done. 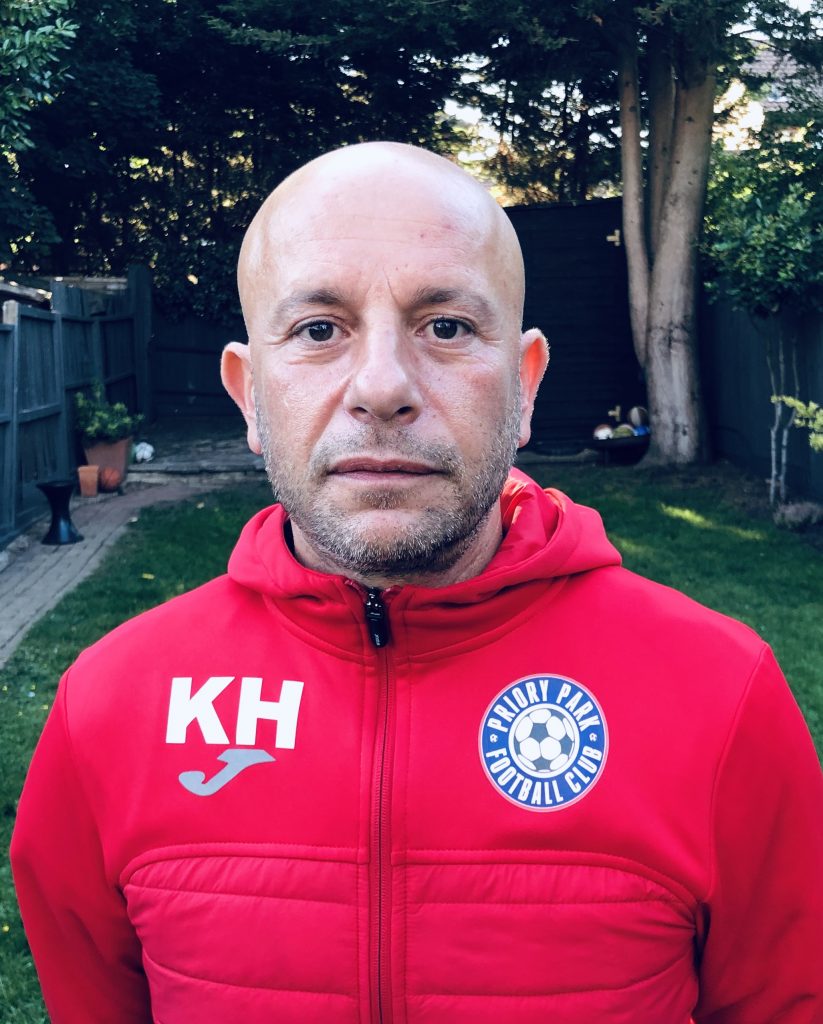 I am not only a coach, but I am also the very proud Managing Director of Priory Park FC and I feel very strongly about every single aspect of the club.

I oversee the running of the whole club, working closely with all the coaches, League reps and the Amateur FA, making sure we work to their guidelines, standards and ethics.

For me, it’s not all about winning matches, (well maybe sometimes it is)  it’s about working together as a team, a community – developing skills, supporting and encouraging each player, working on their strengths and weaknesses, setting realistic targets, and importantly, listening to and valuing players opinions, ensuring that all players feel they play an important role in the club. Onwards and upwards Priory Park FC.

During the week I am a graphic designer in an ad agency, but even then football is never far away. 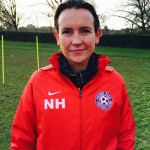 Football has always played a major part in our family!

PPFC started with a handful of kids having a kickaround and now we have up to 150 boys and girls training every Sunday. We are affiliated with the AFA and have two teams in the League.

The dream was to create and coach our very own Club, and as it grew and grew the natural progression was to make it more official. I saw the potential and I encouraged John and Kirt to make the dream a reality. I was more than happy to help this happen and was soon recruited as Club Secretary and Welfare Officer.

I do the admin, support the coaches, but more importantly I look out for the welfare of all the children. Priory Park FC was always designed to be a voluntary community club – accessible to all. Coaches and players work together as a team.

Running a club can be hard work, but for me it is rewarded every Sunday by seeing how much the kids are growing and progressing. It is not only about building their football skills, but also building their confidence and social skills. I am also so pleased to see more girls at training and actively encourage more, as we have not only a football-mad son, but a football-mad daughter too.

I am very proud of all the coaches and players at Priory Park FC and always thankful for the ongoing support shown by all the parents and carers.

When I’m not doing the PPFC admin I am a freelance artbuyer in the advertising world. 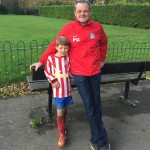 I came across Kirt, John and Nicki in June 2013 when my son George started playing football there. The club’s passion for teaching the children and the warmth surrounding the whole club really impressed me and I enjoy my Sunday mornings now as much as George does.

When they were looking for a club sponsor and someone to buy the kit I was more than happy to contribute.

I have since volunteered to be the PPFC club treasurer which makes me proud to be an integral part of the club.

Since joining PPFC we have been overwhelmed with the commitment and dedication of the coaches and managers. They look at each child individually and cater to their training and needs and offer them extra opportunities to improve wherever they can including attending older training sessions and spectating the older team’s matches. Fantastic football club! Ten out of Ten.

I think PPFC provides a great environment for the kids to enjoy playing football with the right support and encouragement, and this was even more evident during lockdown and how Roberto was missing it.

Priory Park Football Club is more than great football and fantastic coaching. It’s like a family and one of the greatest examples of grassroots football clubs around. Everyone is a volunteer and devote their weekends to it. I love being part of it and the waiting list alone attests to the sheer popularity. My son has been part of the club since he was a little boy and it’s helped shape him to be a young man he is today.